My Story: Living Under The Shadows

Many of you who are close to me have heard me say a lot. That “I wanted to start a blog but don’t know what to blog about.” Blogging has always been an intense passion of mine for over 5+ years now. Until a few months ago, the thought kept coming up in my head. “Oh, maybe I should start by telling my story.” I was like, “there is no way I’m doing that culturally where I’m from (Jamaica) that’s called (telling people your business), and we don’t do that L

“The whole world will know your business, girl; you cannot do that.” I truly felt like Moses was trying to talk God out of sending him to Egypt to deliver the Israelites, LOL. Years and years of emotional scars swept underneath the rugs will come to light. But then I said “no” to make a difference in others’ lives facing similar issues. I have to share my story because the good outweighs the bad. And my account will change people’s lives. Telling my story is also a part of my healing process.

I struggled with having no self-confidence; I always thought that I was not smart or good enough. My accent was horrible, or I was not fluent enough with my words. So, I would avoid engaging in conversations. (Now I don’t know when to shut up )

. I’ve tried so hard to get rid of my accent.

There were times when I asked God why I’ve been in this country for so long and still have this horrible accent. Even though people would comment on how beautiful my accent is, to myself, I didn’t believe them, but I would be polite and say “thank you.” But, I had doubts because of my lack of self-confidence.

There were times when I would avoid talking to people or even engaging in conversations because I didn’t like my accent. Having a conversation with someone was very difficult for me to do. Because I couldn’t look into the person’s face, I would look away.

I struggled with shyness and timidness; I would be too embarrassed to speak up, say something, or even ask questions. As a result, I was very cautious about everything I did and didn’t like to take risks.

Living with social anxiety made me nervous, sweaty; my heart would beat very fast, or my mind would go blank if I had to perform or were called on to give an opinion, presentation, or an answer.

Going on job interviews would be a nightmare for days; I’ve had sleepless, restless nights. My throat would lump up; I was fearful that my answers would be incorrect, or I wouldn’t know what to say or even remember what to say because I was so focused on not failing.

I would freeze up every time I had to meet someone in authority.

Meeting authority figures or seeing people I thought were seen as more important than I am would make my heart beat very fast, and I would be lost for words.

The thought of me sitting around in a room full of people waiting to introduce myself would raise my anxiety level.

They understand most of the time that their thoughts and feeling are irrational, but don’t know how to think and believe rationally.

I also cared too much about what people thought about me so that I would put their feelings before mine. I rarely gave an honest opinion; instead, I would agree or follow the views of others. (People pleasing is the worst way to live our lives; we’ll never be happy )

I spent so long hiding behind self-doubt and the expectation of others. There were times when I would downplay my opinion because I didn’t want to explain myself.

I blamed my past and parents for what I didn’t get or what I didn’t have. There were times when I wished I had wealthy parents or my parents were different. However, I never used to take ownership of my failures. Instead, I would blame my upbringing for my shortcomings. “If my parents were better parents, more supported, were there, I would’ve for sure, turned out differently.” For many, many years, I carried this around. Blaming my parents for not being there for me made me angry and bitter for many years.

Guilt would consume me. I threw the pity party a lot, “poor me.” I couldn’t do anything right. I used to feel like a complete failure, like I couldn’t achieve anything. Sometimes, I would be so depressed for days from just thinking about how unfair my life was.

I would be so sick and mentally tired and drained for days with my life. Imagine getting up every day, and the first thing you do is an eye roll and then say: “not another day.” (Because I had no purpose for my life). That was how I used to live my life, “so ungrateful.” Like Bishop T.D. Jakes said, “If you’re not gonna make use of your day, you might as well give It to someone else who will.” 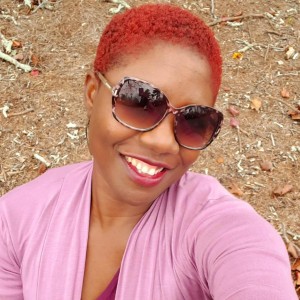